28.12.20: Jonas Karthein receives the Wilhelm and Else Heraeus Dissertation Prize 2020

Our division member Dr. Jonas Karthein was awarded the Heidelberg Wilhelm and Else Heraeus Dissertation Prize 2020 for Physics and Astronomy.
The dissertation prize was established in 2019 by the Wilhelm and Else Heraeus Foundation and is endowed with 2.000 Euro. It is awarded annually by the Department of Physics and Astronomy of the Heidelberg University to acknowledge outstanding research within the scope of a doctoral thesis.

We cordially congratulate Jonas on receiving this distinction of his scientific work.

Jost Herkenhoff, former member of our PENTATRAP group, is award winner of the Georg Simon Ohm Prize 2021 of the German Physical Society (DPG).
The Georg Simon Ohm Prize was established to honor an excellent recently finished thesis of a student of engineering physics or related study programmes at universities of applied sciences and thus encourage young researchers in physics and technology.

Jost Herkenhoff receives the award for the development of a digital feedback system for advanced ion manipulation techniques in his bachelor thesis at the Penning-trap mass spectrometer PENTATRAP at the Max Planck Institute for Nuclear Physics in Heidelberg. The new system allows a relative mass precision δm/m of a few 10-12. This is a breakthrough in the mass spectrometry of highly charged ions.

We cordially congratulate Jost on receiving this distinction! 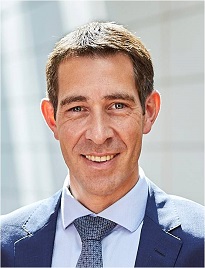 Our division director Prof. Klaus Blaum has been selected to receive the Lise Meitner Prize 2020 together with Prof. Björn Jonson (Chalmers University of Technology) and Prof. Piet Van Duppen (KU Leuven).
The three award winners are honored "for their development and application of on-line instrumentation and techniques, for their precise and systematic investigation of properties of nuclei far from stability, and for shaping the scientific program at the on-line isotope separator facility ISOLDE, CERN."

The Lise Meitner Prize for nuclear physics was established in 2000. It is awarded every two years by the European Physical Society (EPS) for outstanding work in the fields of experimental, theoretical or applied nuclear science.
The Prize is named after the Austrian-Swedish nuclear physicist Lise Meitner to honour her fundamental contributions to nuclear physics and her courageous and exemplary life. The prize consists of a certificate and a medal with the portrait of Lise Meitner. 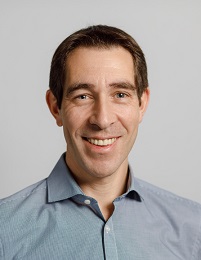 Since 1 July 2020, our division director Prof. Dr. Klaus Blaum is one of three new Vice Presidents of the Max Planck Society (MPS). Together with Asifa Akhtar, Director and Scientific Member at the MPI for Immunobiology and Epigenetics in Freiburg, and Ulman Lindenberger, Director of the Center for Lifespan Psychology at the Max Planck Institute for Human Development in Berlin, he is now part of the Executive Board of the MPS, which advises President Martin Stratmann and prepares important decisions for the MPS.

In 2006, Klaus Blaum habilitated in experimental physics at the University Mainz and taught there from 2004 to 2008. Since 2007, he is director at the Max Planck Institute for Nuclear Physics in Heidelberg and since 2008 honorary professor of the University Heidelberg.
Klaus Blaum received numerous prizes for his scientific work, among them the Helmholtz-Prize 2012, the Flerov-Prize 2013, and the Gothenborg Lise-Meitner-Prize 2016. In January 2019, he was elected to the Royal Swedish Academy of Sciences.

As Vice President, Klaus Blaum is responsible for the MPS Institutes of the Chemical Physical Technical Section. Like his predecessor, Ferdi Schüth, he also wants to get involved in technology transfer and Cyber Valley. Furthermore, the topic sustainability is particularly important to him and he wants to contribute to the exchange between the Max Planck Society and the Chinese Academy of Sciences.

We cordially congratulate Klaus Blaum on his appointment as new MPS Vice President !

Further information in the press releases of the MPS

In 2020, the German Physical Society (German: Deutsche Physikalische Gesellschaft, DPG) celebrates its 175th anniversary. On 175 days of the anniversary year, interesting physicists are presented which are inspiring/have inspired other people or even the whole society by their work, their commitment or their ideas.
Our former division member Dr. Marc Schuh has been selected to be one of these "175 inspiring people" of DPG. In 2014, Marc Schuh wrote his master thesis and in 2019 he finished his PhD thesis entitled "Simulations of the image charge effect in high-precision Penning traps and the new IGISOL ion buncher" in our division.
We cordially congratulate Marc on receiving this distinction!