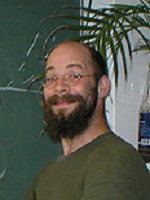 Dr. Stefan Ulmer is founder and spokesperson of the BASE collaboration at the European particle physics laboratory CERN in Geneva, Switzerland, and Chief Scientist leading the Ulmer Fundamental Symmetries laboratory at RIKEN, Japan. BASE is dedicated to perform high-precision measurements of the fundamental properties of protons and antiprotons to provide stringent tests of the fundamental charge-parity-time invariance which is the most fundamental symmetry in the Standard Model. He developed high-precision experiments with unprecedented sensitivity to magnetic moments, which allowed the first ever observation of proton spin quantum transitions. He invented several innovative methods in Penning trap physics such as a reservoir trap technique for antiprotons, a double dressed-state based measurement scheme for single particle cyclotron frequency measurements in Penning traps, a co-magnetometer trap technique for antiproton magnetic moment measurements and a triple Penning trap technique to measure the magnetic moment of the antiproton. In the framework of his interest for high-precision measurements on antimatter, he significantly contributed to the first production of a beam of antihydrogen atoms.
Currently, Ulmers group holds four world-record measurements,

In addition he was the first who observed single spin transitions with a single trapped antiproton, which was a milestone achievement towards the recently reported parts per billion measurement of the antiproton magnetic moment.

His measurements are inspired by the unique possibility to investigate the yet to be understood "antiworld". Current knowledge on antimatter systems is based on measurements with matter, projected to antimatter by using theoretical assumptions. Direct high-precision measurements of the properties of antimatter test these theories and set stringent levels to coefficients which constrain the coupling strength of interactions which may exclusively act on antimatter systems. Such interactions may contribute to understand one of the hottest topics in modern physics: The obvious striking imbalance of matter and antimatter in our Universe, which is not consistent with the fundamental charge, parity, time invariance of the Standard Model of particle physics.

Apart from his major project – BASE – he is interested in contributing to the implementation of novel high-precision Penning trap physics techniques. Ulmer's experiments operate the world's most sensitive single-particle detection systems, the strongest magnetic gradient Penning-traps, and the lowest rf-heating-rate traps. Currently, he is working on the implementation of sympathetic antiproton cooling techniques which rely on coupling of antiprotons to laser-cooled ions. Based on his expertise he is consultant to many other experimental efforts of CERN. He is also involved in a collaborative effort which measured very recently the proton mass in atomic mass units at unprecedented precision.

Inspiring young researchers:
Stefan Ulmer is a popular lecturer in the branch of fundamental symmetry tests and receives frequent invitations to contribute to summer/winter schools, student seminars and colloquia. In the past years, he has supervised close to 20 PhD and master students, as well as Post-Docs. Many of his students graduate with distinction, and receive thesis prizes for their work in BASE.

International recognition:
Stefan Ulmer receives on average 5 to 10 invitations to international conferences per year. For his work on high-precision comparisons of the fundamental properties of protons and antiprotons he received the IUPAP prize for fundamental metrology 2014. In 2017 he was elected chair-person and official representative of the antimatter physics community of CERN. He is reviewer to journals such as Nature, Nature Communications, Physical Review Letters and others.