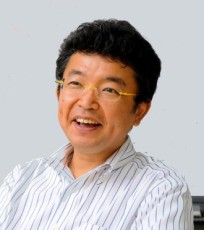 Prof. Hidetoshi Katori has invented and demonstrated a novel optical clock that lead to accurate timekeeping at the 10-18 level. This is more than two orders of magnitude improvement over the current standard, the cesium atomic clock. Improving the stability of atomic clocks, while at the same time, reducing their systematic uncertainties, is a major challenge for physicists over half a century. Katori solved this problem by designing an optical trap that does not cause systematic frequency shift for clock measurement, while allowing to observe thousands of atoms. He proposed (2001) and demonstrated (2003, 2005) an "optical lattice clock" based on the new concept of a "magic wavelength" (1999, 2001, 2003) that tunes polarizabilities of the clock states to cancel out the ac Stark shift of the optical trap. Success of the scheme has proved, for the first time, that well-engineered perturbation can improve clock measurement, since before this, finding a perturbation-free environment was considered to be essential for atomic clocks. A keen competition in the development of optical lattice clocks is in progress involving nearly 30 research groups across the world, targeting for the next generation time/frequency standards. Katori and his colleagues have successfully demonstrated optical lattice clocks with 10-18 uncertainty (2014) and performed experiments that fully utilize superb accuracy and stability of such clocks, which include determination of clocks' ratio of different atomic elements (2015, 2016), and relativistic geodesy (2016) that measures cm-level height difference by general relativistic time-dilation effect. Optical clocks will play an essential role in fundamental science, for example, in investigations of constancy of fundamental constants and in testing general relativity, which are expected to be an access to new physics. Moreover, they have enormous impact on future technologies that support high-speed and large-capacity communications networks, navigations and geodesy. The most important ones are:

Inspiring young researchers:
Since 1999, Hidetoshi Katori has been teaching at Department of Applied Physics, The University of Tokyo and has served various academic functions, including Chairperson of Department of Applied Physics, and Director of Photon Science Center. In the past years, 9 PhD, 29 Master, and over 60 Bachelor students have graduated under his supervision.

International recognition:
Hidetoshi Katori has been invited to give more than 100 presentations at international scientific conferences. His 60 refereed publications have been cited 3300 times with an h-index of 27. His pioneering contributions to the invention and development of an optical lattice clock have been recognized by international awards, the European Time and Frequency Award (2005), Julius Springer Prize for Applied Physics (2005), RABI AWARD (2008), and The Philipp Franz von Siebold Prize (2011). In addition, he was awarded 15 national awards including, The Medal with Purple Ribbon (2014) and Japan Academy Award (2015). Since 2013, he serves as a distinguished guest professor, Tuebingen University, Germany.