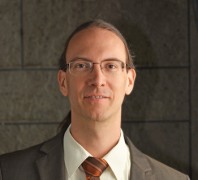 Pushing the precision of atomic and molecular quantum-dynamics measurements in the temporal and spectral domain. This appears like a contradiction due to Fourier (or Heisenberg uncertainty) principles, but is achieved and scientifically applied by Prof. Dr. Thomas Pfeifer and coworkers in his division by a combination of quantum control with interferometric spectroscopy techniques. Employing nonlinear-optical interactions with laser light, collisions of electrons with cold/controlled neutrals and (highly charged) ions, and coincident detection of particles in home-built multidimensional extreme-ultraviolet (XUV) spectrometers and reaction microscopes allows the measurement and understanding of correlation effects from few to many electrons in atoms and molecules, fundamental physics in intense laser, and strong Coulomb fields, leading to time-domain laser control of matter and light, from Terahertz/infrared to x-ray frequencies.

A current focus of Thomas Pfeifer's research is the application of time-domain quantum control approaches to precision spectroscopy up to x-ray frequencies. A high-harmonic XUV frequency comb based on a ultra-high-vacuum enhancement cavity will soon be integrated with a sympathetically laser-cooled highly charged ion in a cryogenic Paul trap to explore future-generation clocks and test potential drifts of fundamental constants. Another recent success in this direction is the creation and control of neV/MHz linewidth x-ray (14 keV) light opening avenues for precision spectroscopy with free-electron lasers:

Inspiring young researchers:
Thomas Pfeifer is active as a lecturer, tutor, and supervisor of Bachelor, Master, and Doctoral Students at the University of Heidelberg. He conveys his excitement of physics in general and his research in particular in the regular introductory curricula as well as special seminars and lectures, confirmed by excellent student evaluation results. He is or has been the doctoral advisor of ~15 doctoral students and supervised the work of more than 10 postdocs. He is transporting the broader picture of his scientific activities to the public and school students, e.g. by talks at "Physik am Samstagmorgen" or "Tag der offenen Tür".

International recognition:
Thomas Pfeifer has earned an ERC Consolidator Grant in 2013, was elected Fellow of the American Physical Society (APS) in 2016, was awarded a Heinz-Maier-Leibnitz Award of the German Research Foundation (DFG) in 2013 and received early recognition already as "Most nobale international researcher" during his postdoc at UC Berkeley. He also acts as spokesperson and on large-scale internnational multi-PI projects at Free-electron laser (FEL) and Synchrotron experiments on time-resolved and precision spectroscopy experiments.