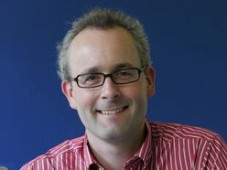 Prof. Dr. Piet O. Schmidt scientific interests revolve around the development of novel spectroscopy techniques using quantum logic and non-classical states for applications in precision measurements, optical clocks, and tests of fundamental physics. He is a pioneer of quantum logic spectroscopy, which employs techniques developed in the context of quantum information processing with trapped ions to investigate species previously inaccessible to high precision optical spectroscopy. As head of the "Institute for Experimental Quantum Metrology", a joint institute between PTB and Leibniz Universität Hannover, Piet Schmidt and his group invented and implemented quantum logic spectroscopy algorithms for a large variety of atomic and molecular species. This required the development of novel experimental tools, such as compact laser systems, optical fibers for ultra-violet laser transmission, and quantum algorithms for the efficient manipulation of the internal and external degrees of freedom in trapped ions.

Our current knowledge of physics is well-known to be incomplete, since we are lacking a description for important astrophysical phenomena described as dark matter and dark energy. Optical spectroscopy provides us with the most accurate measurements of fundamental constants of nature, achieving up to 18 digits. One of the goals of Piet Schmidt's research is to investigate systems with a high sensitivity to predicted non-gravitational couplings between the dark and bright sector. An example is isotope shift spectroscopy, which could reveal addition couplings between electrons and neutrons, or spatio-temporal variations of transition frequencies in quantum systems. Consequently, he is at the forefront of developing the quantum logic technique to investigate systems that are particularly sensitive to these effects, such as highly-charged ions and molecules. Some of his important achievements include

Inspiring young researchers:
Piet Schmidt lectures on the university level since 2006 on topics ranging from mandatory courses at Bachelor and Master level, as well as special lectures on precision spectroscopy and optical clocks. Currently, he is responsible for the curriculum of the PhD lecture programme of the SFB 1227 "Designed Quantum States of Matter". Piet Schmidt is a regular teacher at international winter and summer schools and has been invited to many colloquia. During the past 12 years, he has supervised more than 25 master and PhD students as well as PostDocs, who have started successful careers in industry or stayed in academia.

International recognition:
Piet Schmidt has received several awards and prices, including the best thesis award of the University of Stuttgart, a Feodor-Lynen Stipend (2003), the prestigious START Price of the Federal Ministry for Education, Science and Culture in Austria (2006), and the Young Scientist award of the European Time and Frequency Forum (2010). On average, Piet Schmidt gives more than 10 invited talks at international conferences, workshop and in colloquia per year. His more than 42 refereed publications have been cited at least 5000 times, resulting in an h-index of 29. He is member of several boards and committees, including the board of the SFB 1128 "Relativistic geodesy and gravimetry with quantum sensors", the board of the Hannover Institute of Technology, the board of the QUEST-Leibniz Research School, and he is the speaker of the SFB 1227 "Designed Quantum States of Matter". Piet Schmidt has organized and co-organized several international conferences and workshops, including the International Conference on Atomic Physics (ICAP) 2006 in Innsbruck, the International Conference on Laser Spectroscopy (ICOLS) 2011 in Hameln, and the 508., 576., 594. WE-Heraeus Seminars. He is a regular referee for Nature, Science, the Physical Review journals, and many others.